On Friday, I announced plans for tariffs on $50 billion worth of imports from China. These tariffs are being imposed to encourage China to change the unfair practices identified in the Section 301 action with respect to technology and innovation. They also serve as an initial step toward bringing balance to our trade relationship with China.

However and unfortunately, China has determined that it will raise tariffs on $50 billion worth of United States exports. China apparently has no intention of changing its unfair practices related to the acquisition of American intellectual property and technology. Rather than altering those practices, it is now threatening United States companies, workers, and farmers who have done nothing wrong.

This latest action by China clearly indicates its determination to keep the United States at a permanent and unfair disadvantage, which is reflected in our massive $376 billion trade imbalance in goods. This is unacceptable. Further action must be taken to encourage China to change its unfair practices, open its market to United States goods, and accept a more balanced trade relationship with the United States. 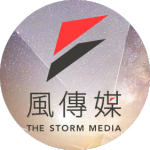